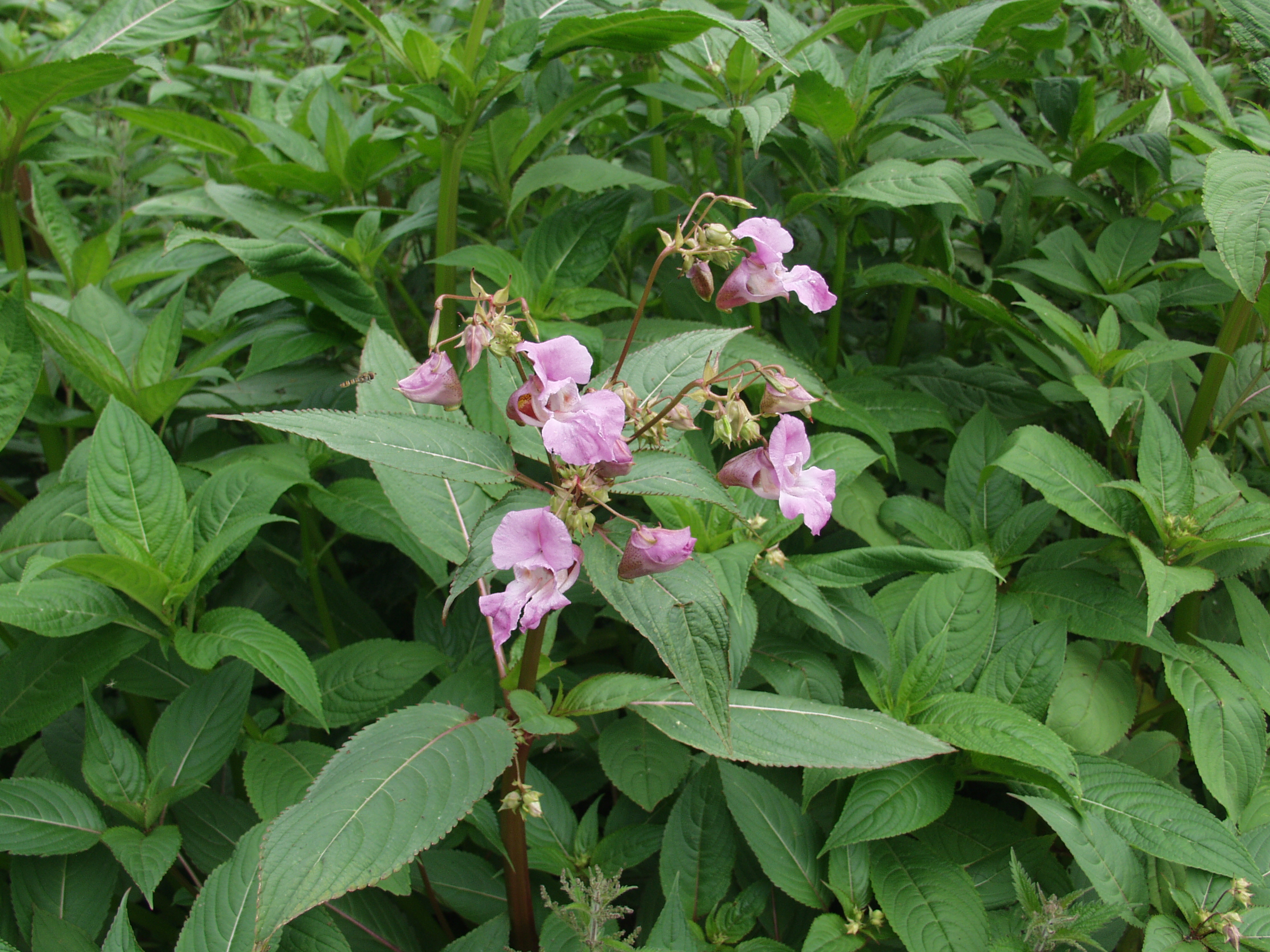 Its pretty pink flowers are an attractive sight on the Lough’s edge, but Himalayan Balsam is a menace that needs to be stopped in its tracks. On Rams Island particularly at the northern end it has eradicated many of the native species that had established themselves around the small pond and beyond.
Himalayan Balsam is an annual and grows fresh each year from last years seeds germinating in March/April grows up to 2.5 metres high flowering in July and producing over 1000 seeds in Sept /October from each plant. The seeds can be waterborne and have spread all around the Lough.
A bit like a Busy Lizzie on steroids, this native of the Nepalese mountains escaped from the sedate environment of the garden flowerbed. It may be a wonder of nature, but it is a real threat to the wildlife on Lough Neagh.
Once seed-pods have formed, any disturbance will cause them to burst open, hurling seeds with incredible force that can only be compared to projectile vomiting. If you are unfortunate enough to brush against one at eye-level, it could actually damage your eyesight.
The seeds are spat out by a coiled spring mechanism within the seed-pod, which can be seen dangling from the pod afterwards.
Himalayan Balsam has crowded out native plants such as mint (mentha aquatica) and even young willows, which are important food sources for insects (which are themselves a vital part of the Lough’s food-chain). Our local insects seem to find this brash intruder repulsive, and steer clear of it. Any absence of insects means that the whole ecology of the Lough has been damaged.
One (perhaps the only) piece of good news about the Himalayan balsam is that it is incredibly easy to pull up.
Until the Balsam has been eradicated from Rams Island and hopefully Lough Neagh  the chances of seeing rare plants such as  Irish Lady's-Tresses Orchid  (Spiranthes romanzoffiana) are slim indeed.
The Environment and Heritage Service have stated in their Natural Heritage Strategic Plan.
“The native flora and fauna of Ireland has developed in post-glacial times and, as an island situated on the edge of the European continent, the natural range of species is limited. This flora and fauna has been supplemented by many introduced species. Protecting our natural species, and their genetic make-up, from the impacts of invasive species or through contamination of unique gene pools is an important biodiversity objective.”
Our plans for Himalayan Balsam will mean complete eradication from the Island and replanting with native species to recover the habitat lost to this species in the last few years. This will not be any easy task as the timing of removal of the plants is crucial as the factors involved are not to disturb any nesting birds but not to leave it too late until seed pods mature as the pods will explode as the plants are being removed and scatter new seed to germinate the following year. Another problem is that the seed can survive for several years. We expect it to take between three and five years to get the Balsam under Control.
Our plans for this year include a Volunteer Balsam Bash in mid to late summer probably over several weekends. If you wish to participate in any of these events( transport by boat will be arranged from Sandy Bay gloves and refreshments will be provided) to contact us by email  volunteers@ramsisland.org

This is how Balsam leaves the ground when it dies off in the Autumn leaving no root system in the soil to help stop erosion during winter rains. 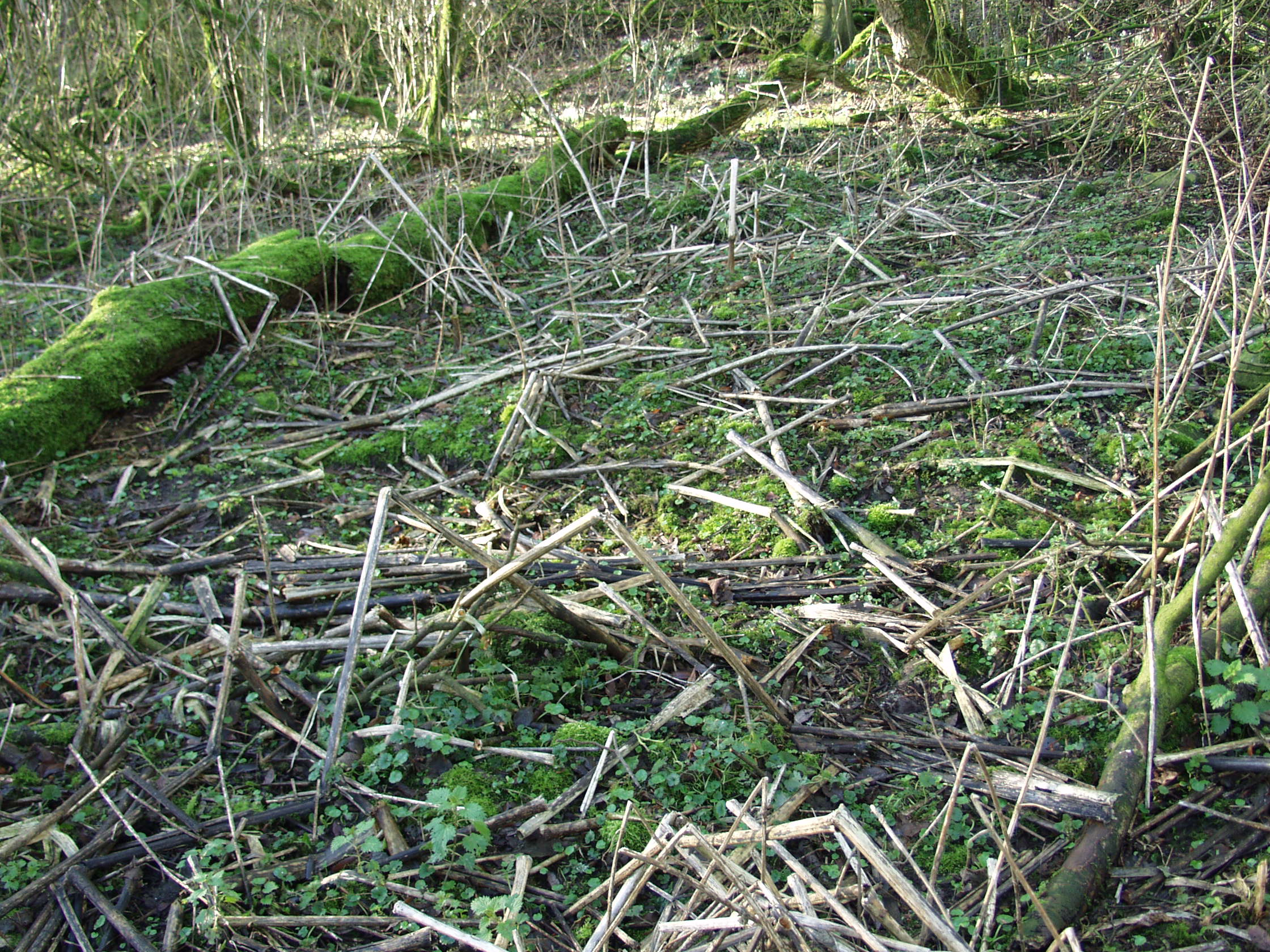 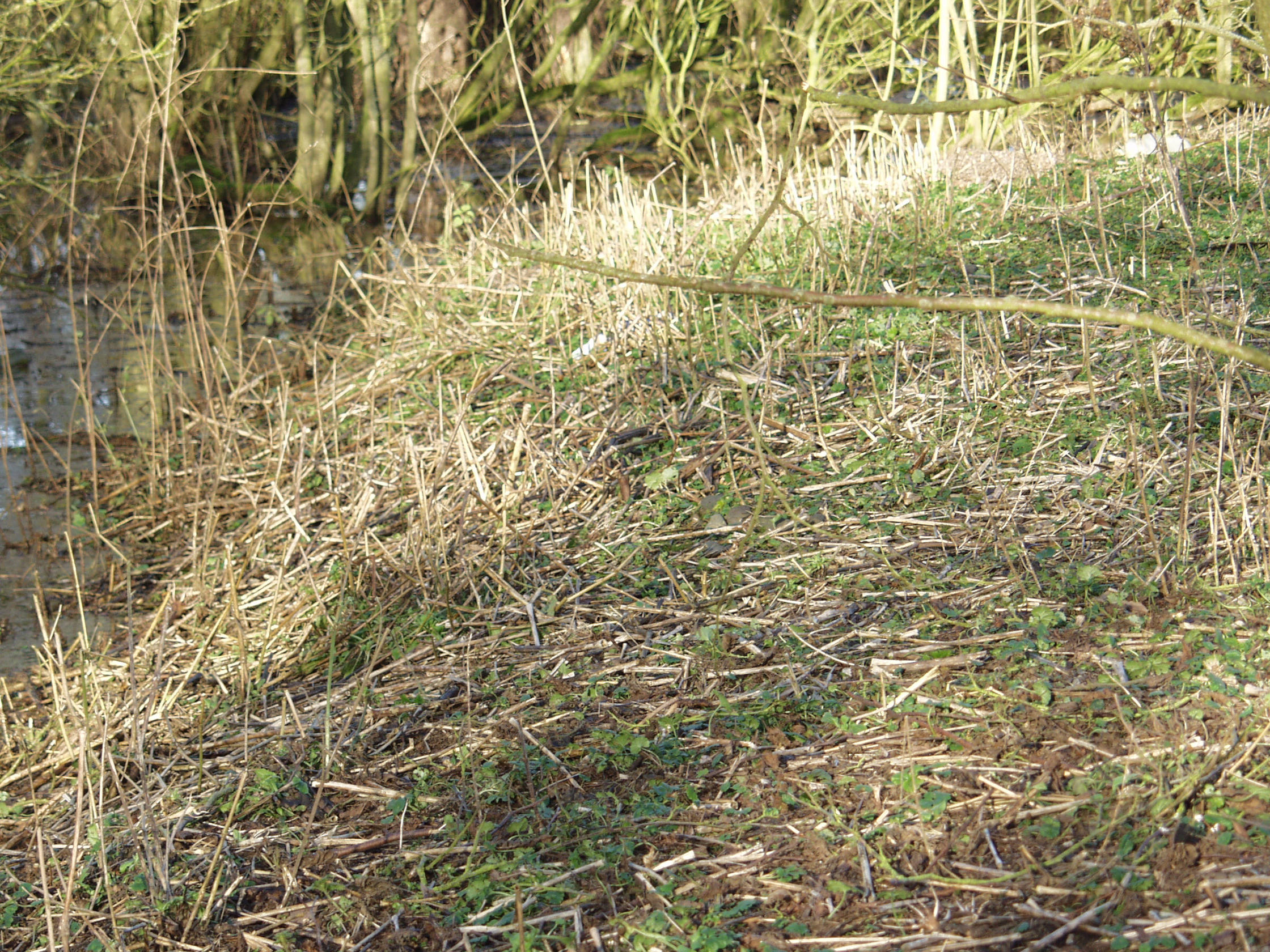 S ycamore is native to central, eastern and southern Europe. It is thought to have been introduced to the British Isles by the Romans. However, other reports suggest it was introduced to these Islands in the Tudor era around the 1500s.
A fast growing plant which will soon establish itself amongst natural Irish woodland. The native species on Rams Island have been estimated to be twice the height they should be for their age as they have been trying to compete with the sycamores that surround them. The sycamore's  large   leaves have no difficulty shading out their neighbours.  We were warned by experts in 2005 that if we didnt do anything about it we would eventually have an Island with no diversity just Sycamores and Himalayan Balsam. 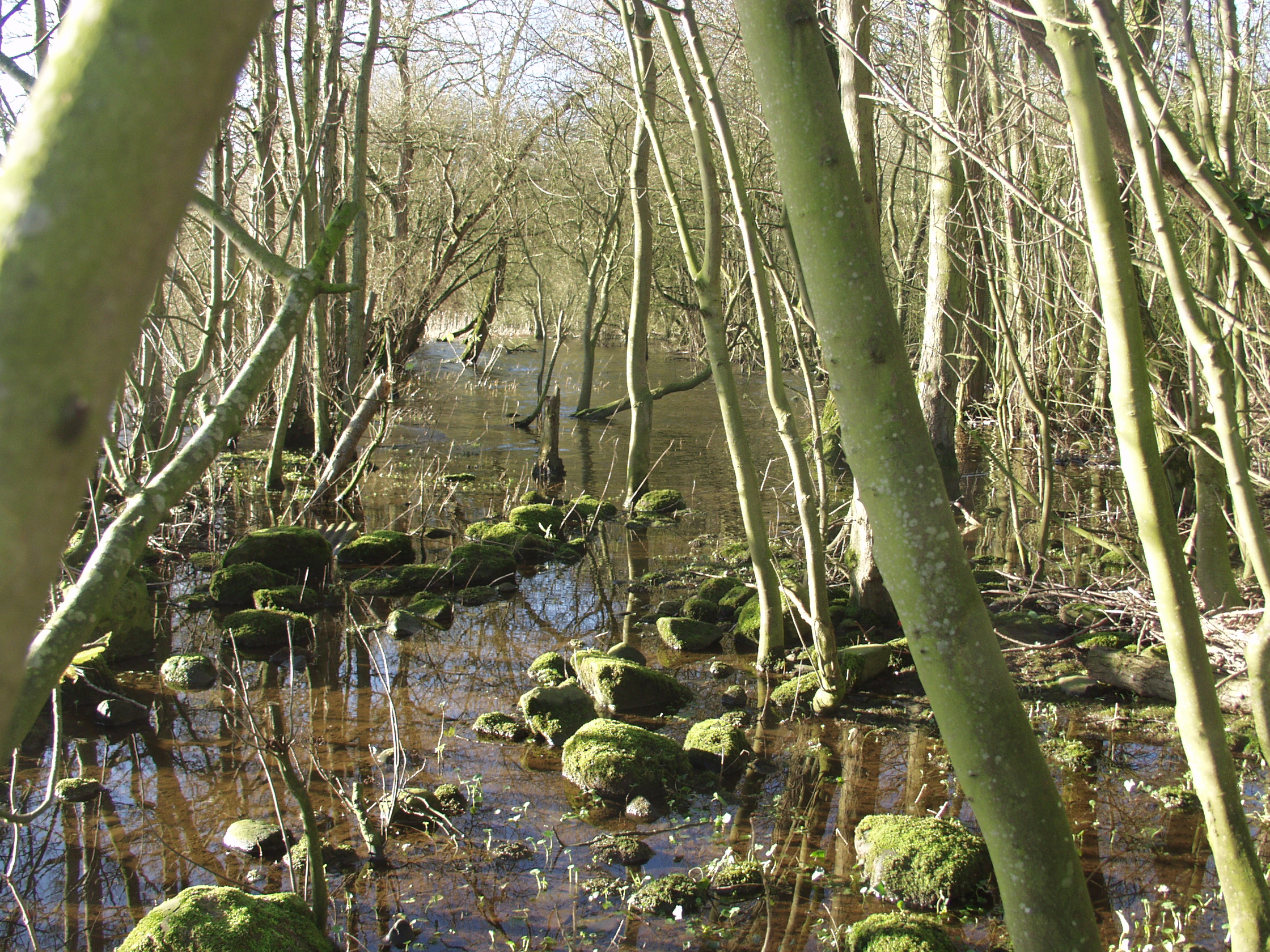